The AC Hunter 2nd floor is closed to the public in preparation for upgrades. Please call 737-2133 if you would like any items normally housed on the 2nd floor and a staff member will be happy to assist you.
Effective Tuesday March 15, 2022, public libraries that are not located in schools are open without restrictions. However, patron use of face masks and social distancing is strongly recommended.

Patrons entering a public library that is housed in a school are required to wear a face mask and practice social distancing.
HomeAboutStructure of Library Services

The first Provincial Board was formed in 1935.  From the very beginning, this board has been responsible for public library services throughout Newfoundland and Labrador.  This makes the organizational structure different from most other Canadian provinces where public libraries are a part of municipal or regional government services.

The Provincial Board is charged with the responsibility of:

The Provincial Board presently operates 94 public libraries throughout the province.  These Libraries are divided into four administrative divisions:

Each of the local Public Libraries has its own local library board which is accountable to the Provincial Board. These local boards advise and assist the Provincial Board.  They are active in promoting the public library in their communities; making representations to town councils and other community groups to build support for the public library; and raising funds locally to extend hours of service or to acquire additional library materials.

The three geographic divisions have boards made up of representatives from all the local libraries within each division.  These divisional boards act as advisory bodies to the Provincial Board.

The St. John's library board is also an advisory board to the Provincial Board.

The Provincial Board, with the support of its local boards, has made free public access to the Internet one of its priorities.  By participating in federal government initiatives such as Industry Canada's Community Access Program and LibraryNet, the Provincial Board was able to offer Internet access in all of its 94 public libraries by 1999.  In addition to its own video collections, the Provincial Board also manages and distributes both National Film Board of Canada videos in the province and the School Collection which supports the K-12 curriculum. 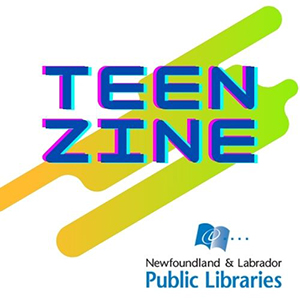